Wainscoting meaning “panels lining the walls of rooms” is from the 1570s.

Before central heating existed, panelling the lower half of the wall was a stylish and stealthy way to insulate a room. Traditionally, British wainscot was made of oak—imported from Russia, Germany, or Holland—and wainscot oak remains a term for select, quarter-sawn oak for panelling.  Although wainscoting came from humble beginnings, nowadays it is synonymous with higher-end homes, restored bungalows, and the casual elegance that every home desires.

In the 13th century, Henry III imported wood from Norway and used it to line rooms at Windsor Castle, England. As time went on, decorative panelling turned into fine art. Linen-fold panelling was a decorated and embellished style that became popular in the 15th century. This type of panelling lined walls, doors, cupboards and shelves, and great examples of this style can be found at Hampton Court Palace in Richmond. Boiserie panelling, which is ornate and intricately carved, became favored in French interior design in the late 17th century. The Louvre and Versailles, classic Parisian residences and the pearls of world architecture, preserved the first luxury boiseries. France set a global trend, and the boiseries moved to English, German, Russian noble houses and to the rich estates in Spanish colonies in Mexico and Cuba. Furthermore, during the 18th century, a new panelling style came into fruition: Wainscot panelling. Product of Danish Wainscot Oak, this panelling was characterized by only covering the lower section of a wall, leaving a dado above. 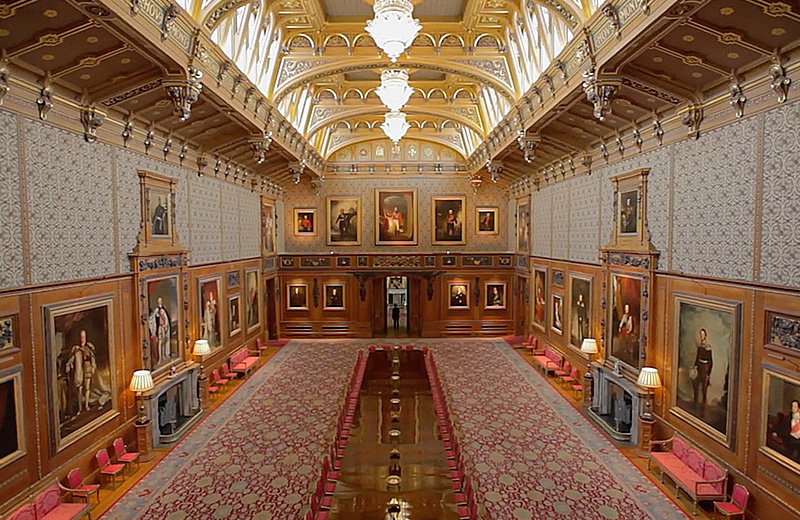 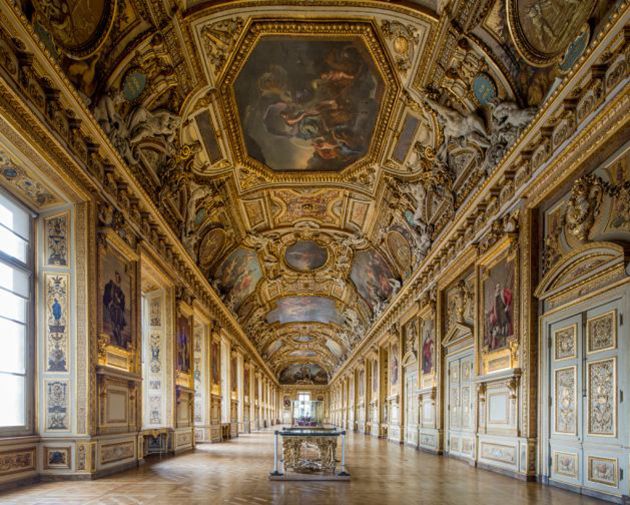 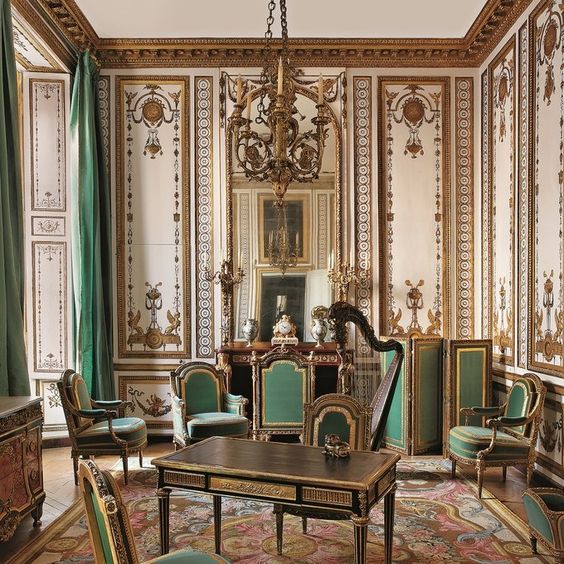 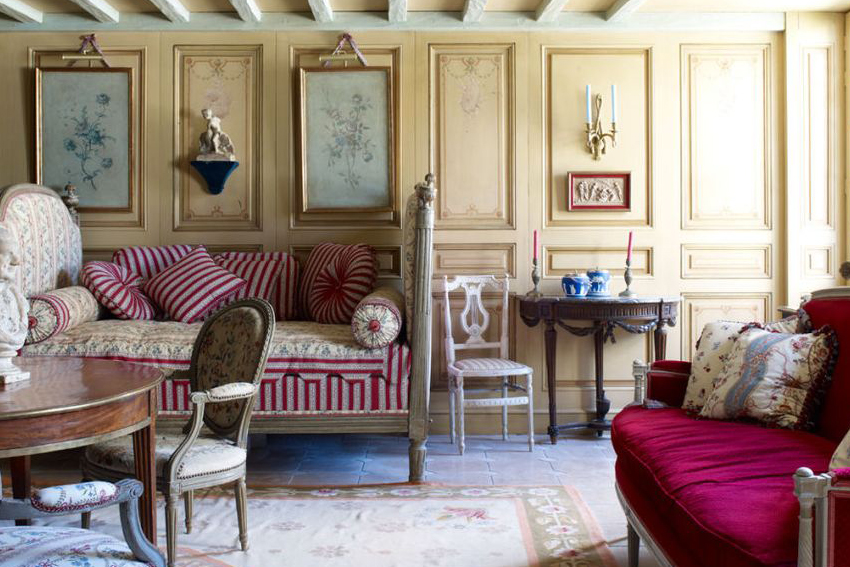 Wainscoting is still a popular panelling style today. With the right pairing, this once old-school element can feel surprisingly fresh and modern. Below some wainscoting ideas that don’t skimp on style. Whether you favor modern classic, nordic contemporary, or neo-vintage, there’s bound to be something for every style. 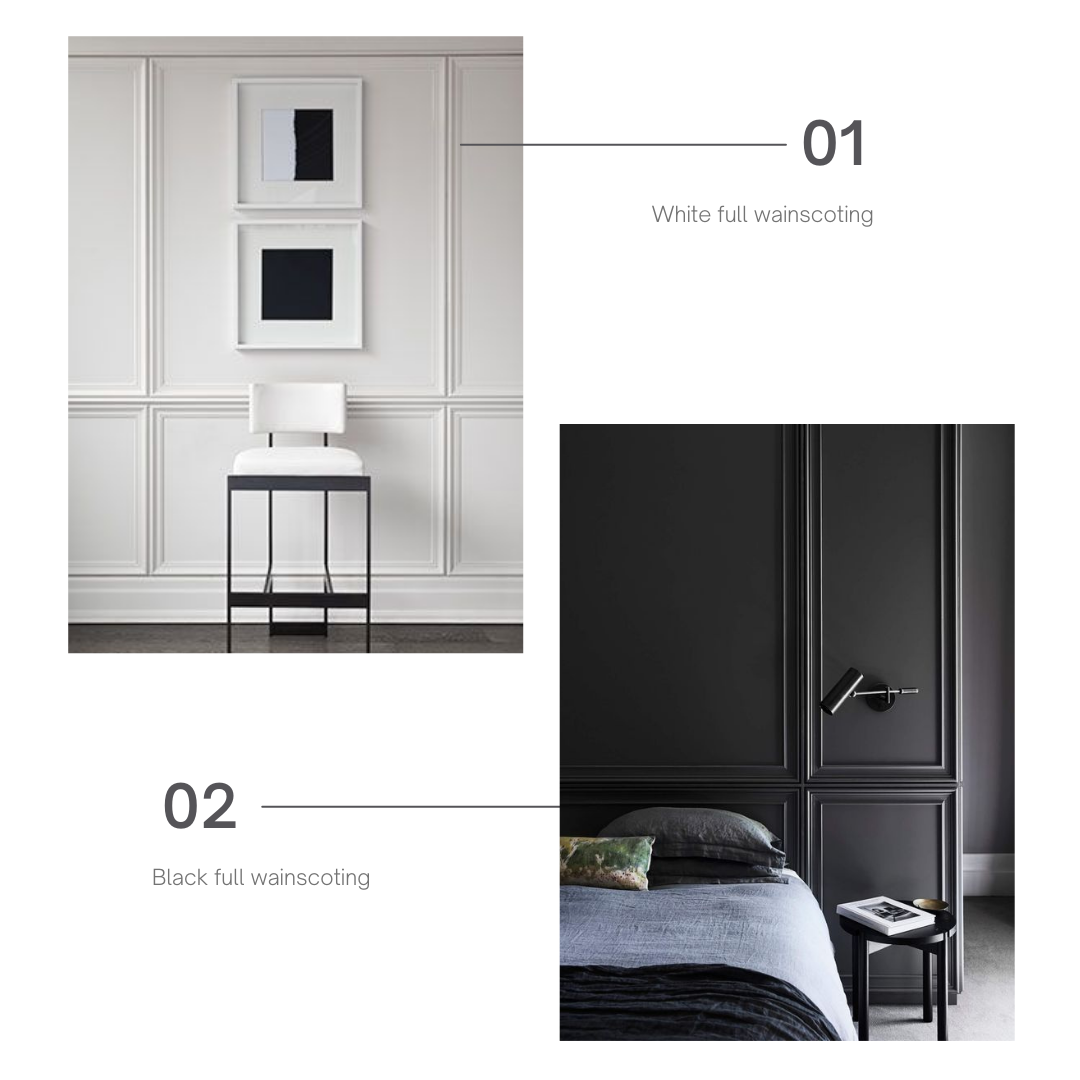 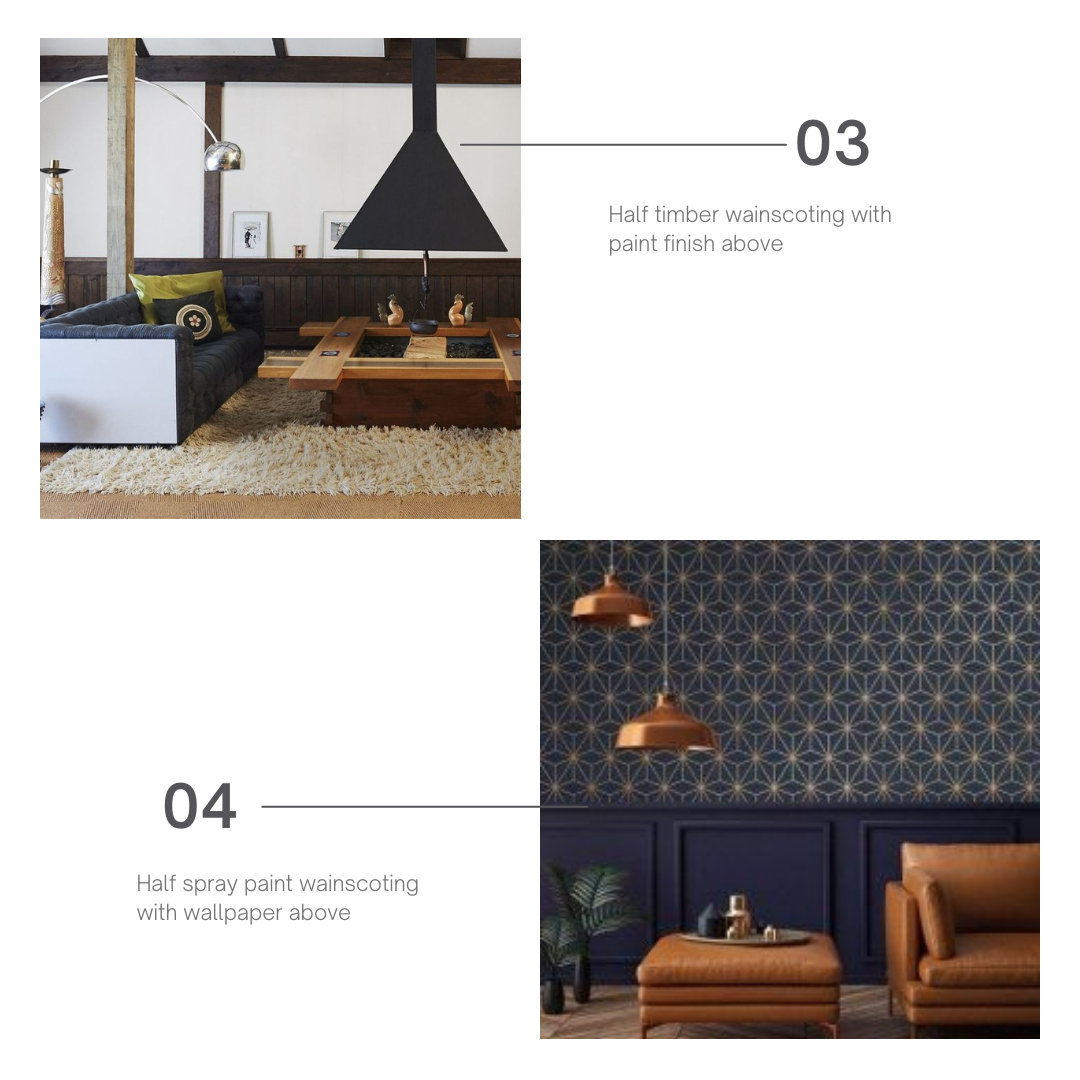 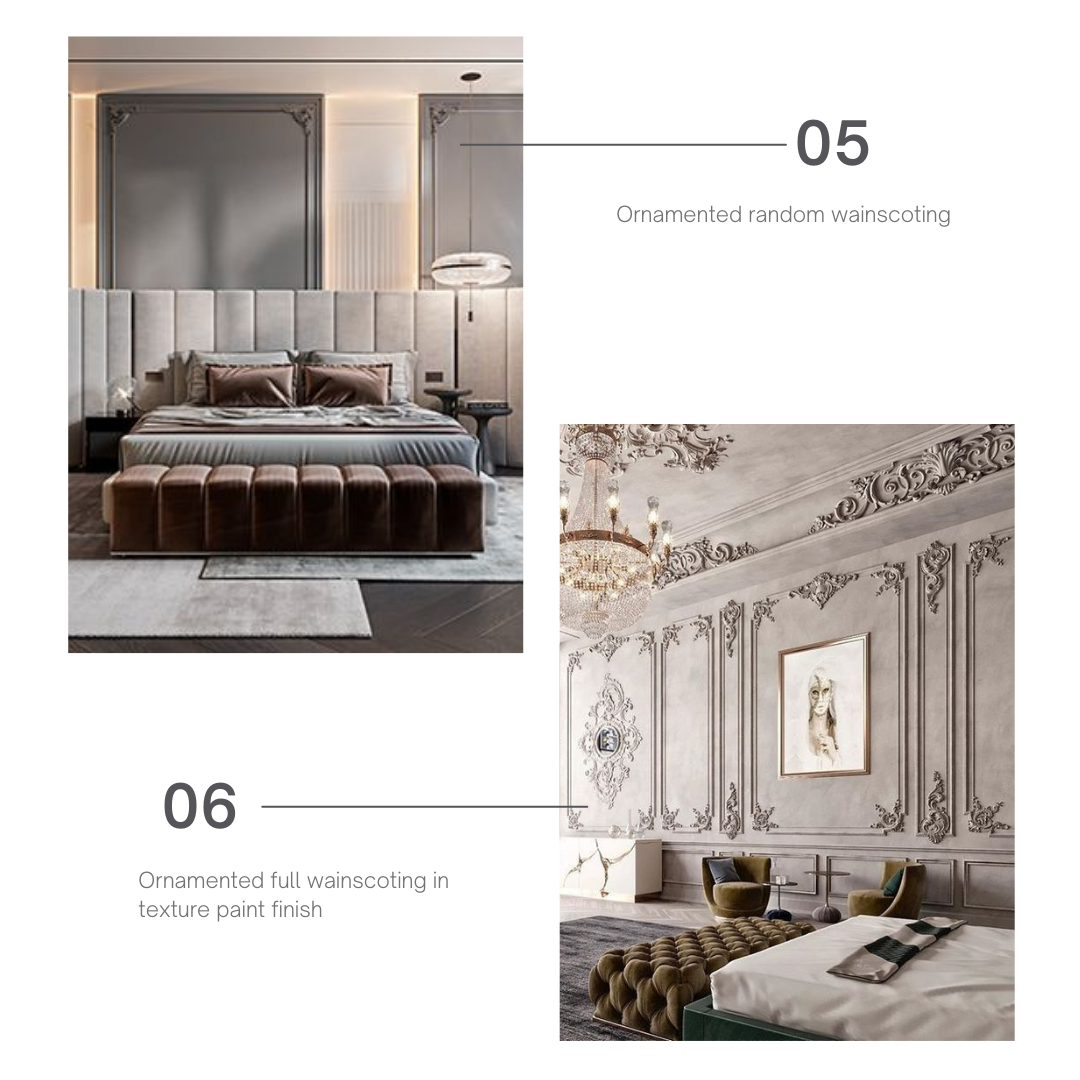 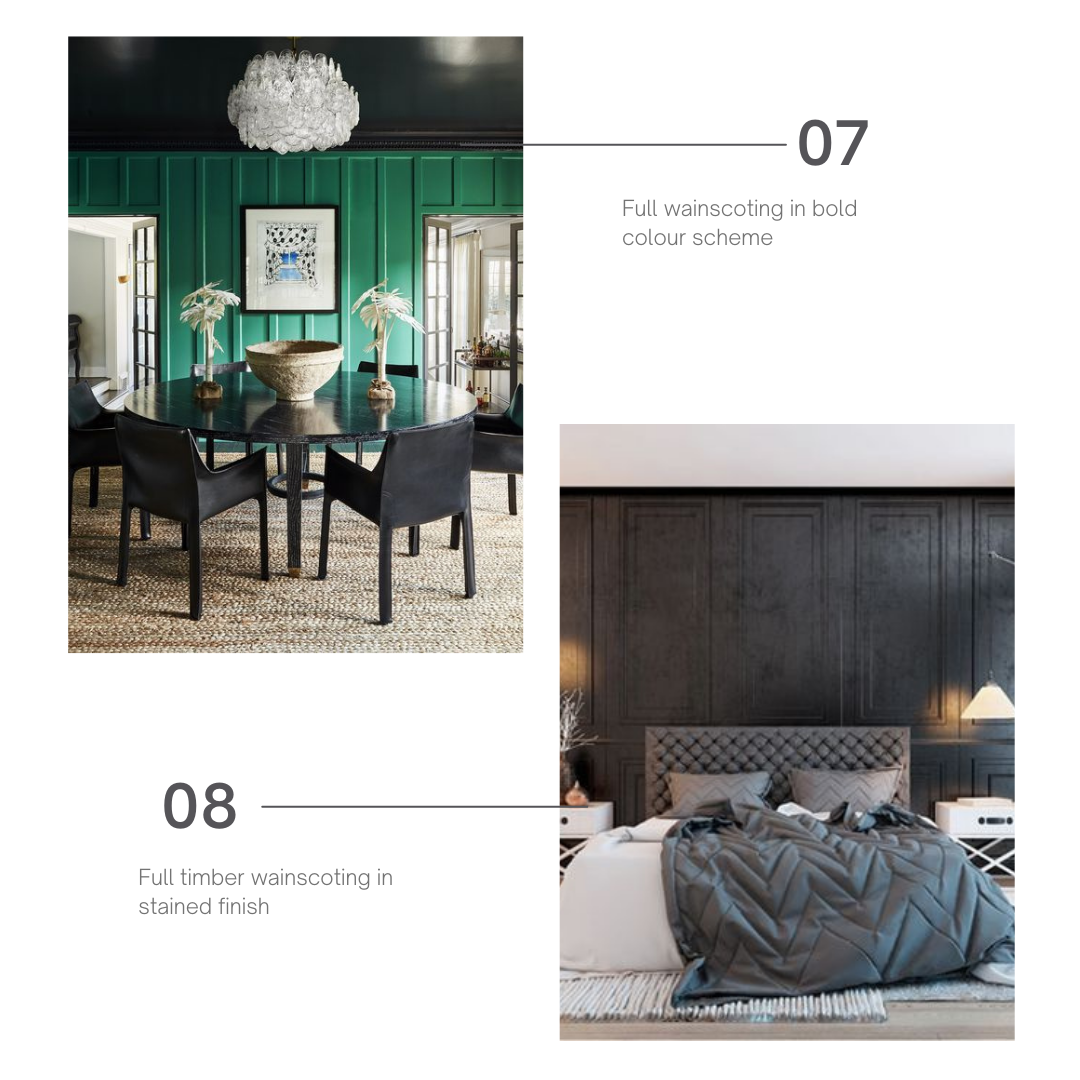 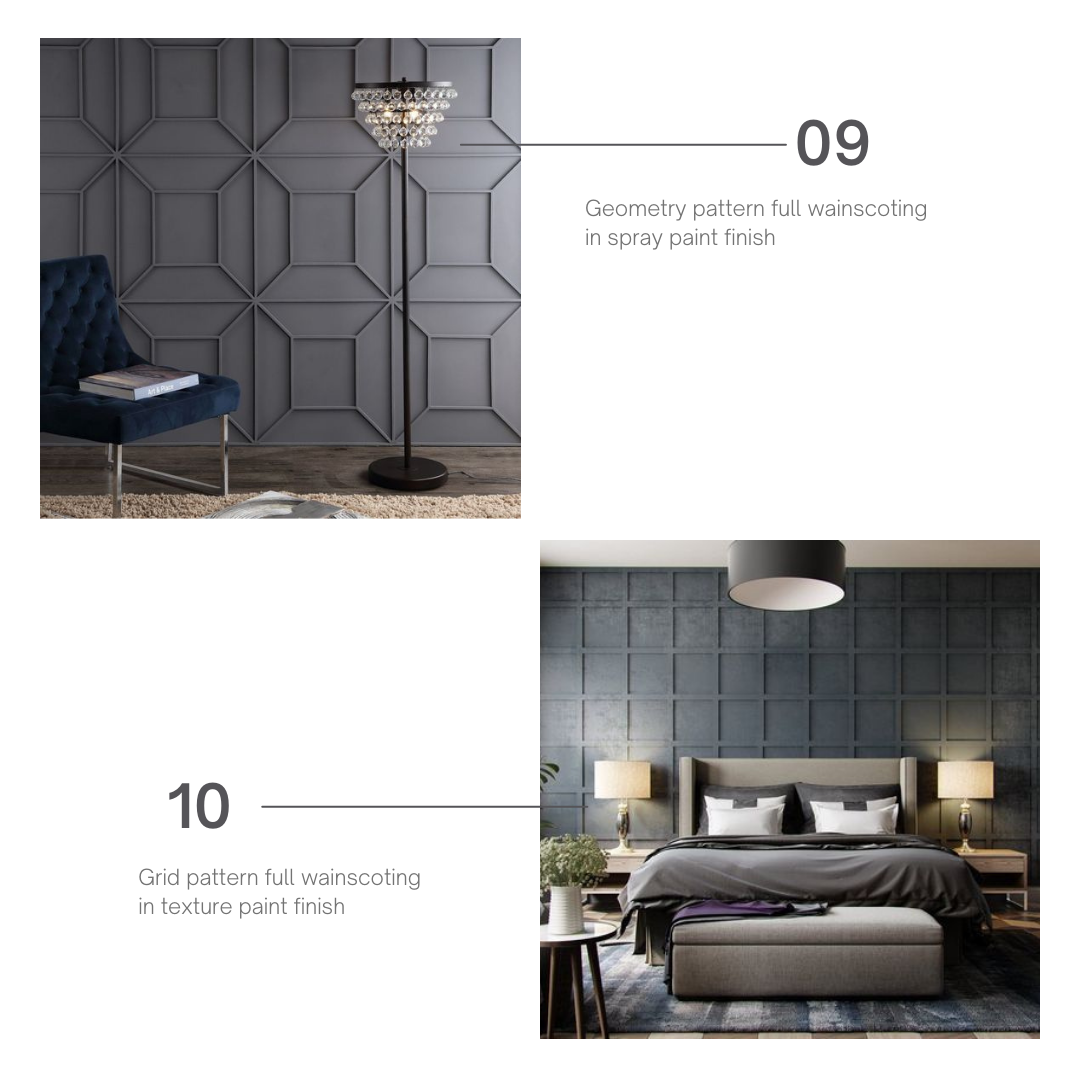 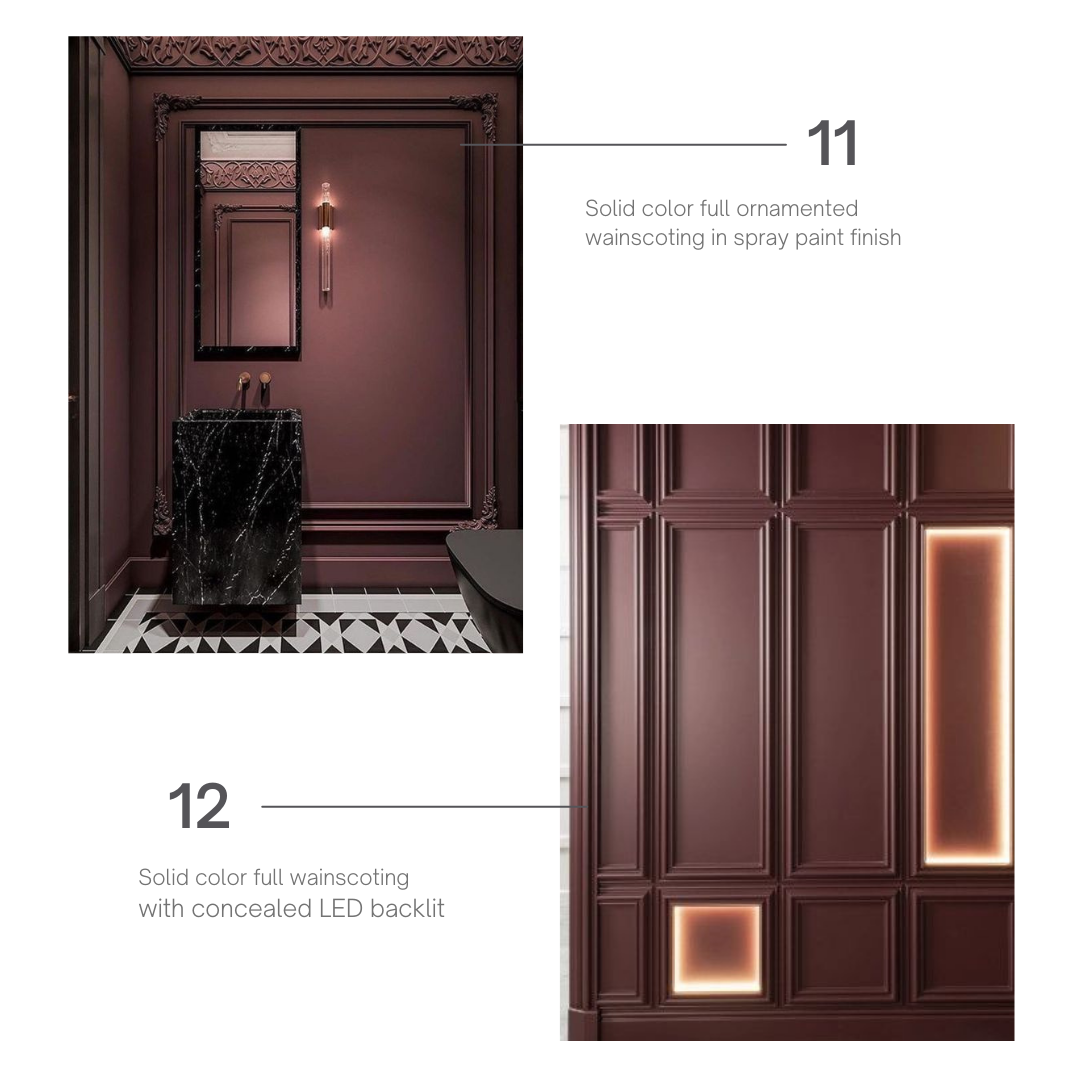 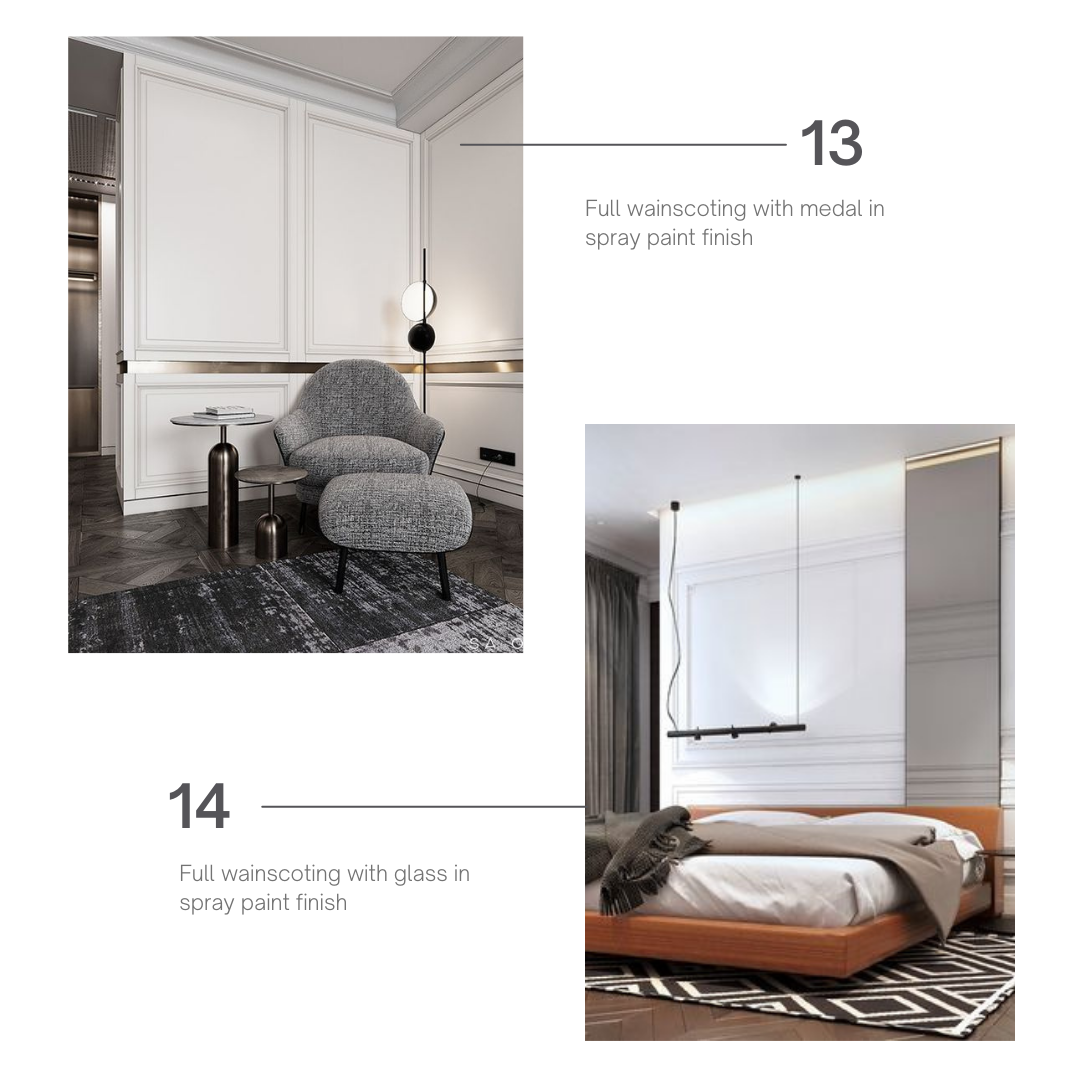 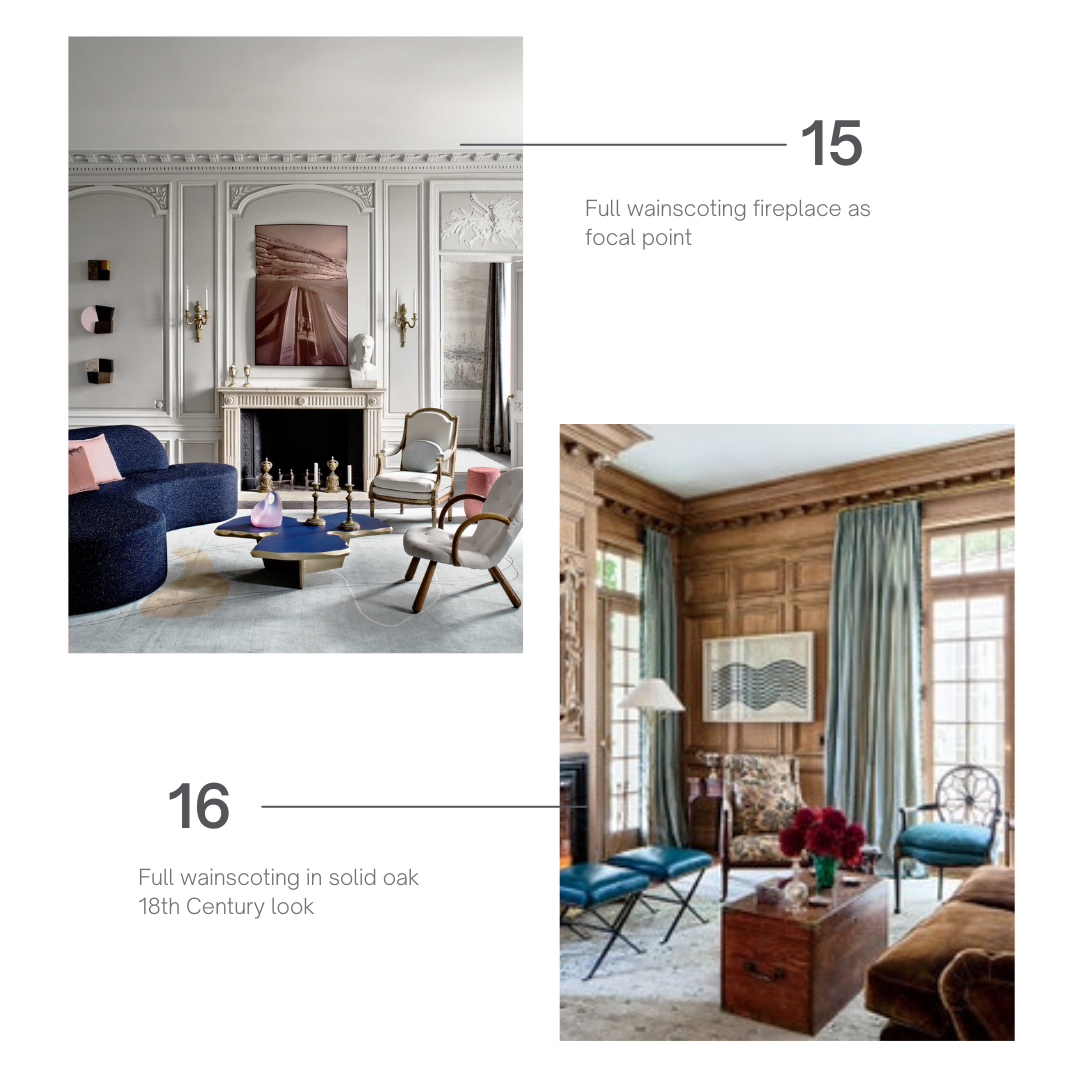